The annual Big Time Festival will be held on July 21, 2018 at the demonstration Coast Miwok Indian village at Bear Valley in Point Reyes National Seashore.  As usual, it will feature traditional dancing, songs, and storytelling as well as crafts for sale and activities for children.  The festival will be from 10am to 4pm.

There will also be singing by Sky Road Webb and three lectures at the nearby Red Barn:

The Red Barn session will be from 9:30am to noon.

You can see archival photos of dancing from some previous Kule Loklo Big Times at kuleloklo.com/photos.html.   For more information, contact Carlo Arreglo at 415.464.5146.

Kule Loklo’s annual Big Time festival will be this coming Saturday, July 16, 2016.  As usual, it will feature several Pomo dance groups, skills demonstrators, and vendors.  It will run from 10am to 4pm.  There are no food facilities on site, so bring a lunch.

If you’re interested in learning more about Calfiornia Indian’s, you should consider attention a lecture being held that day, 9:30am to 12:30pm at the nearby Red Barn in Point Reyes National Seashore. The speakers are:

The registration fee is $49.  You can registerat the door or online.  This is part of MAPOM’s College of Marin series of classes that can lead to a certificate in California Indian Studies. 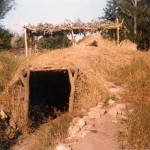 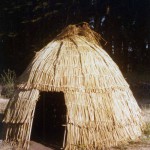 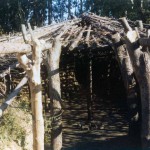 Along with family members, Julia Parker will be offering her annual MAPOM Basketweaving Class on Saturday and Sunday, September 19-20, 2015 at Kule Loklo in the Point Reyes National Seashore. Enrollment is already filling in and should you wish to experience a true national treasure, call College of Marin at 415-485-9305 to reserve a spot. The deeper value in this connection lies with the opportunity to learn from a wisdom keeper who maintains her people’s spiritual relationship with the land. As expressed in the book written about Julia entitled “Scrape the Willow until It Sings,” her words speak for themselves.

“So when we gather, we are always told to give offering – no matter what we have. If I have money or if I am sitting there eating strawberries, I just throw one out there. That is paying back to the earth with the respect of a thank you. So you follow all those rules. You don’t take more than you need. And you do song, prayer and offering.” A collection of outstanding California Indian baskets drawn primarily from mission collections will be on display from August 24,2015 to to November 1, 2015 in the Thacher Gallery’s Interwoven: Native California Basketry Arts from the Missions Forward.  The focus is on baskets made from the mission era through the early 20th century.

You can learn more at web.usfca.edu/library/thacher/exhibitions/interwovenbasketryarts or by clicking the picture. On Saturday, July 18th we’ll have an opportunity to trace the sometimes forgotten path of our Native people here in Point Reyes.  From 9:30 to 12:30 in the Red Barn near Park Headquarters a dynamic quartet of speakers will regale us with reflections and personal tales in a presentation entitled: “Native American History Past, Present and Future.”  Malcolm Margolin is the renowned founder of Heyday Press, which has been publishing books for many decades on both the environment and Native culture.  Lindsie Bear serves as the editor of News From Native California, the heart full Heyday magazine that reflects both the past and present of Indian consciousness.

Vincent Medina is an Ohlone Indian, who also writes for the magazine.  He’s been particularly active in reviving the Ohlone language and associated culture.  And, our own Joanne Campbell is a cherished Miwok elder who sits on the tribal council.  Joanne received a standing ovation at the end of her talk during the recent Geography of Hope Conference.  To register for the lectures call the College of Marin at 415-485-9305 or pay the $49 tuition fee at the door.  Check out MAPOM.org for more information.

This presentation is actually an official class in the California Indian Studies Program, which is a partnership with The Miwok Archeological Preserve of Marin (MAPOM), the College of Marin (COM) and the Point Reyes National Seashore (PRNS).  The driving vision seeks to keep timeless indigenous practices alive. Classes are offered throughout the year with many conducted here at Kule Loklo.  A sample include: flintknapping, basket making, acorn processing, fire making, as well as field trips to petroglyph sites, basket museums and tracking trails.  Many of the teachers are California Indians, as well as instructors who are leading authorities on Native culture.  The cosmology and worldview which successfully sustained our original inhabitants for so many millennia is woven into these presentations.

After the morning lectures participants are invited to follow the trail to Kule Loklo for the Point Reyes National Seashore’s 35th annual Kule Loklo Big Time Festival.  Highlights include: traditional California Indian dancers, crafts demonstrations, basket making, book sales, jewelry, artifacts and more.  In the course of one day, we’re offered a golden opportunity to follow human footsteps through the 10,000 year history of our land.  Perhaps valuable lessons are embedded in that journey that could serve to address the growing ecological crisis on which Pope Francis has now focused the world’s attention.

Not so long ago the prevailing wisdom held that the Miwok Indians were extinct.  In protest the Federated Indians of Graton Rancheria loudly proclaim “We are still here.” Marin County was named after the Miwok hero who resisted the onslaught of the European invasion.  Anthropologist, Betty Goerke, has written a compelling biography called “Chief Marin: Leader, Rebel, and Legend” that moves from the ageless time of Native culture to the recent march of the European invaders.

Most of what’s arbitrarily presented as “our county’s history” emphasizes the past few hundred years and pays all but lip service to the thousands of years Native people successfully sustained themselves here in Marin – without, I might add, destroying the environment.  The footprint left by a few thousand hunting and gathering people living harmoniously with the natural world contrasts with the hundreds of thousands of modern inhabitants all struggling to live high on the hog.  Maybe the hard wiring of Homo dominativus (dominating humans) propels us to behave exactly as we do – and thus no real blame.  However, as the MAPOM/COM/PRNS Indian lectures and classes reflect, an alternative quality of human consciousness is also a part of our biological and cultural heritage.

In order to learn from the lessons of the past we could look to the long history of indigenous culture.  We might discover kernels of Native wisdom that could shine light on how to resolve the present climate crisis.  An ethos emphasizing the need to keep the population within the carrying capacity of the environment could point the way. A cosmology grounded in a respectful and sacred relationship with the natural world might suggest some new/old directions for us to follow.

Coast Miwok/Kashia Pomo and national treasure, Julia Parker, has been teaching basket weaving in the Indian Studies Program for decades.  She lives that ageless worldview and incorporates its precepts in her classes.  In the book about her life as a basket weaver entitled “Scrape The Willow Until It Sings,” Julia shares these precious words: “So when we gather, we are always told to give offering – no matter what we have.  This is paying back to Earth with the respect of a thank you.  So you follow those rules.  You don’t take more than you need.  And do song, prayer and offering.”  She’ll be back to teach at Kule Loklo on September 19-20.

And just recently, Pope Francis has shocked the established powers with his stunning encyclical proclaiming the necessity to rethink how we care for “Mother Earth.”  Much of his languaging has the ring of the Earth-centered spiritual practices that guided humanity for those countless millennia.  “Praise Be To You” Pope Francis!  The tracks of many forgotten footsteps call out for rediscovery.  It’s all about time.

The next class in MAPOM’s California Indian Studies certificate program at College of Marin is a lecture class, NATIVE AMERICANS: PAST, PRESENT AND FUTURE, on July 18 during Kule Loklo’s Big Time festival.

There will be four speakers:

This class is a core class in the California Indian Studies certificate program.

To enroll or for more information, visit the Community Education class page or telephone 415-485-9305.

Kule Loklo’s 35th Annual Big Time Festival is next month on July 18, 2015: Make sure to put this on your list for Summer events. Big Time is the main cultural event each year at Kule Loklo in the Point Reyes National Seashore Park. It will feature Pomo Indian dancing, traditional skills demonstrations, and many vendors.

Kule Loklo is a recreated Coast Miwok Indian Village that is maintained entirely by volunteers.  For photographs of Kule Loklo and Pomo dancing there, visit the Kule Loklo History website www.kuleloklo.com/photos.html There will be a memorial service for Mary Collier on Sunday April 13, 2014, at noon at the Muir Beach Community Center at 19 Seascape, off of Highway 1.

Mary was a past president of MAPOM and was active in MAPOM beginning in 1974.

Mary was crucial in gaining access to the Kelly papers, and was a co-editor with Sylvia Thalman of Interviews with Tom Smith and Maria Copa.  She was beloved and admired by all. Her husband, John Collier was a visual anthropologist and her father-in-law was famous as head of the BIA (Bureau of Indian Affairs).

The California native village recreation, Kule Loklo, at the Point Reyes National Seashore is again the site for the Big Time gathering of dancers, native story tellers, native and non-native craft and skill demonstrators and much more known as a Big Time.

Miwok Archaeological Preserve of Marin cooperates with the National Park Service and College of Marin in this year’s presentation of many aspects of living California Native cultures.  A class for college credit is offered at the Red Barn from 10 AM to 12 PM and the village is filled with presentations for children and adults from 10 AM to 4 PM.

Watch for updates and save the July 19 for seeing Kule Loklo at its liveliest!